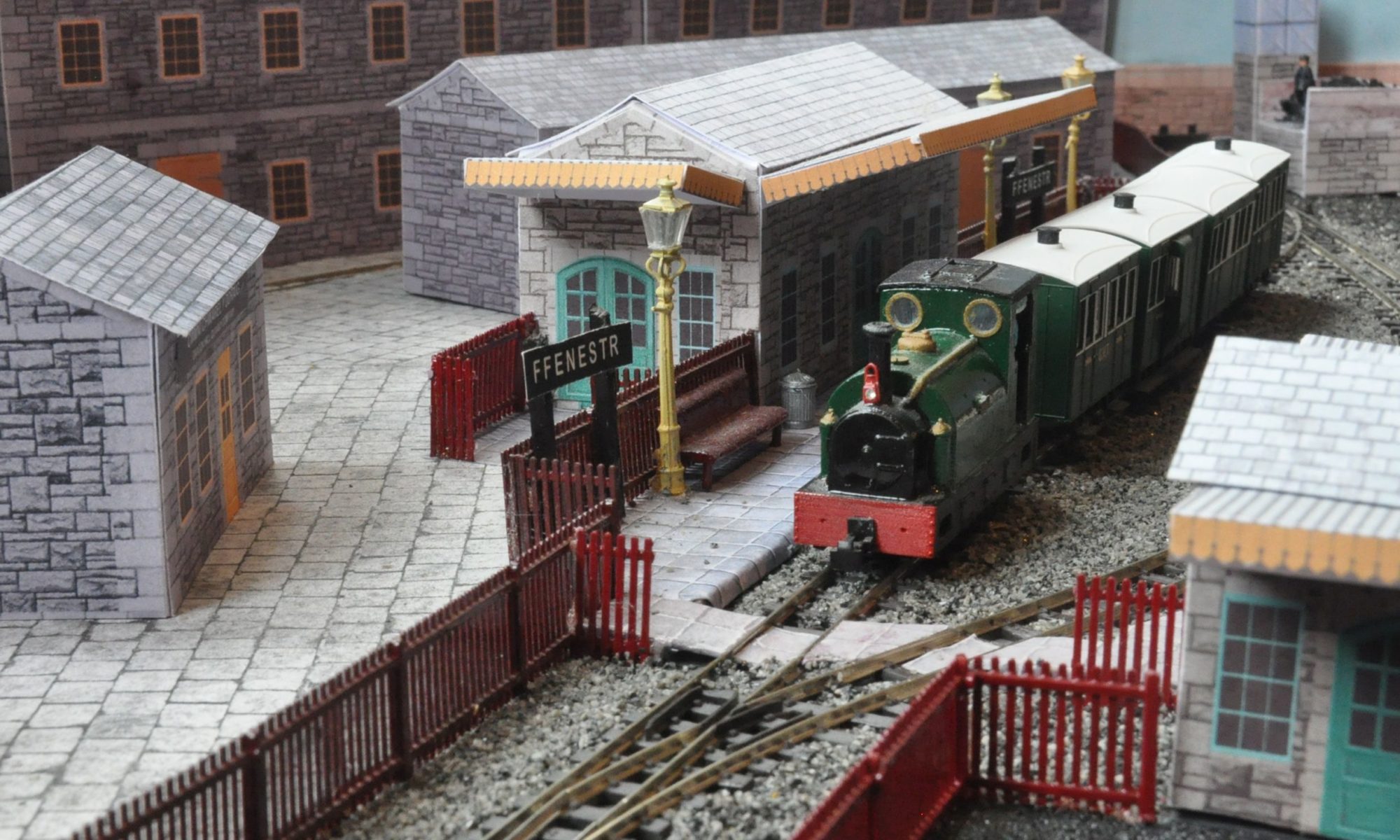 Having enjoyed several family holidays in North Wales during the late 1960’s and early 1980’s it had long been a dream of mine to build a model of a narrow gauge slate railway and in early 2018 that dream became a reality and work started on the layout.
The layout is a fictional Welsh slate railway and is built as an end-to-end layout to represent an entire railway system. There are four passenger stations, three of which are termini, there are also two wharf facilities for the slate traffic from the quarry.
The railway has its own website at http://www.seiryu.org.uk/mvr/
There is a video of the railway here: https://vimeo.com/409156313