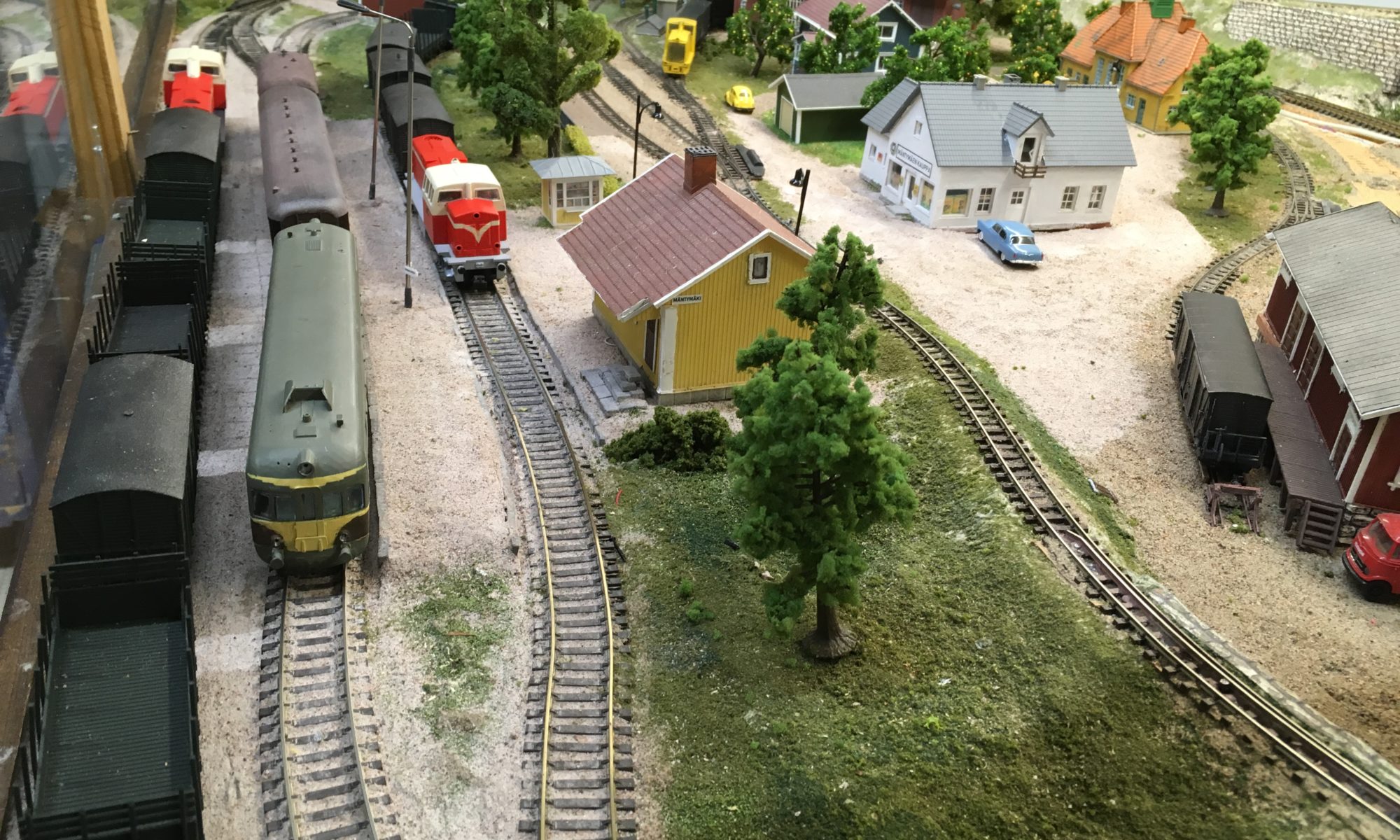 I received the layout as an inheritance. It was originally a German DB station with two normal gauge loop lines but I regauged the inner loop into H0e and converted the scenery into a Finnish one. The Finnish 5 feet broad gauge trains are running on the normal 16.5 mm tracks. The layout is rather small 2.5 by 1.4 meters and it is possible to carry out for exhibitions.

Although set in the Central Finland, the selection of narrow gauge locos and stock are from all over Finland. I have 3D modelled almost all my Finnish broad and narrow locos and stock by myself and let Shapeways to print them. The chassis are from the major manufacturers, along some 3d printed chassis created by myself.

The buildings are mainly Finnish small series kits and my own 3D printed models but I also selected some Faller, Heljan and Auhagen plastic kits and converted them to the Finnish buildings. I converted the church into an orthodox one by adding a milled brass flame dome over the scratchbuild tower.