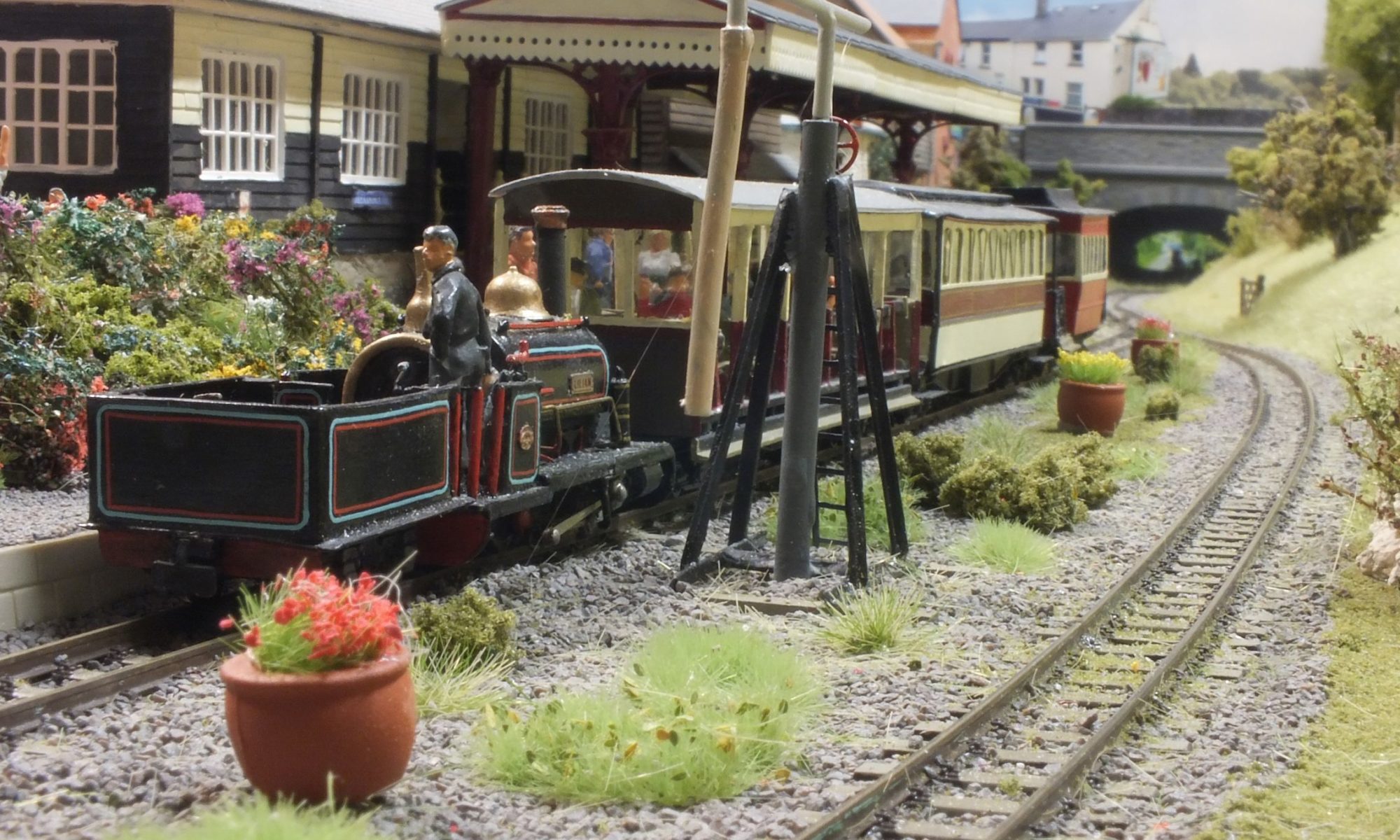 The full-size Launceston Steam Railway in Cornwall is a delightful 2ft gauge line built, owned and operated by Nigel and Kay Bowman. Nigel and Kay have been extremely helpful allowing Richard generous access to the station site to take measurements and photos in preparation for the building of the layout and rolling stock. At Launceston there were four Quarry Hunslet locos – LILIAN, COVERTCOAT, VELINHELI and DOROTHEA. VELINHELI has now moved to The Festiniog Railway. The four model steam locos have been built by adapting kits produced by Brian Madge. The electric motors are hidden inside the boiler/tank assemblies and the drive is by a rubber belt housed inside the firebox. This method of driving small chassis was developed by Nigel Lawton.  The tenders for ”LILIAN” and “COVERTCOAT” have been scratch-built in brass. Two coaches have been adapted from brass etches supplied by Allen Docherty of Worsley Works. Another has been built using some of the parts from a kit supplied by Dundas Models with added scratch-built parts. The fourth coach has been adapted from a 3D printed Isle of Man carriage supplied by CWR Railways . Other items of rolling stock have been built from kits, including special members’ kits supplied by the 009 Society. Track-work is by Peco and SEEP point motors were originally used throughout. However, most of the point motors have now been upgraded and Cobalt iP motors are now installed. Greenwich couplings have been added to all the stock, and automatic uncoupling has been achieved by using electromagnets supplied by Gaugemaster and mounted below the baseboards. The buildings have all been scratch-built using card, foamboard, plastic and Redutex sheets. A wide variety of ground cover and foliage has been used to create the scene, including items from Green Scene, Woodland Scenics, Noch, and Polak.

“LAUNCESTON” was featured in RAILWAY MODELLER in May 2017 and was first exhibited in February in the same year.

Videos of LAUNCESTON can be viewed at :

The second of these videos was created by fellow OO9 Society member Hugh Norwood when the layout was exhibited at the York Show in April 2019.

These videos and more photos can be accessed via the website