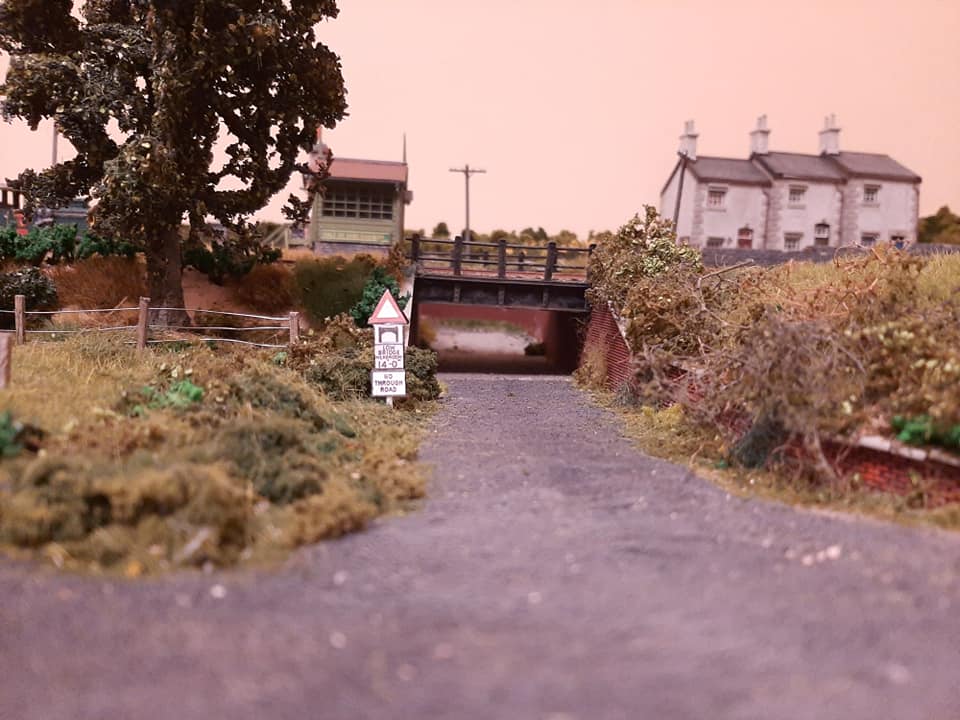 My layout is a freelance fictitious railway set in Wales in the early 1960´s. The Vale of Ivar Railway is a “Y” shaped railway with a mainline that links up with the SR narrow gauge line and even has a run through passenger train that terminates in Gatffal. There is also the branch that runs to the coast and is used as a tourist line using open coaches and has limited fish van service. Freight traffic includes fish, livestock and coal supplemented by general merchandise. Trains run from a three road fiddle yard behind the coal yard to the station.

All buildings are plasticard and styrene and the rolling stock a mix of ready to run and scratch built cars. Living in Portugal I received my inspiration from Penhydd as seen in an article from Model Railway magazine. At present the layout is about 70% finished.