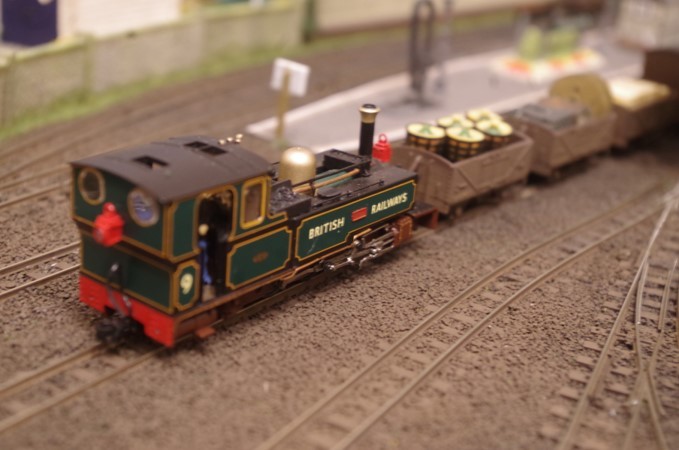 As we all know the Lynton & Barnstable Railway closed in the 1930’s. My layout is a ‘what if’ layout if the line had stayed open, so this is my what if history of the line.

The line closed but was mothballed. The Second World war started & the railway was reopened as a vital part of the defence of this area of North Devon. The railway had a quiet uneventfull war surviving intact. Once again plans were made to close it. However the rise in tourisam after the war led to the line being reprived. The line came into BR ownership on nationalisation & began to grow. So much so that the line purchased four new locomotives.

BR built three new Manning Wardell 2-6-2’s & purchased a secondhand Baldwin believed to have come from the Glyn Valley Tramway in North Wales. The first Manning Wardell was to the origional design, being numbered No 8 & named Lynton. The other two where modified to have a flat back to the cab. They became No 6 Barnstaple & No 7 Barnstaple. The Baldwin became No 5 and was never named. BR also purchased 6 new coaches for the expanded service. They were built at their works at Eastleigh. Eastleigh was also responsible for the major overhaul of the Locomotives.

The line would survive into the Sixties, finally closing in 1965 under Doctor Beeching. The line was closed & lifted. The rest has they say is history & thankfully the line is being reopened & we can see the the L & B in all its glory once again.