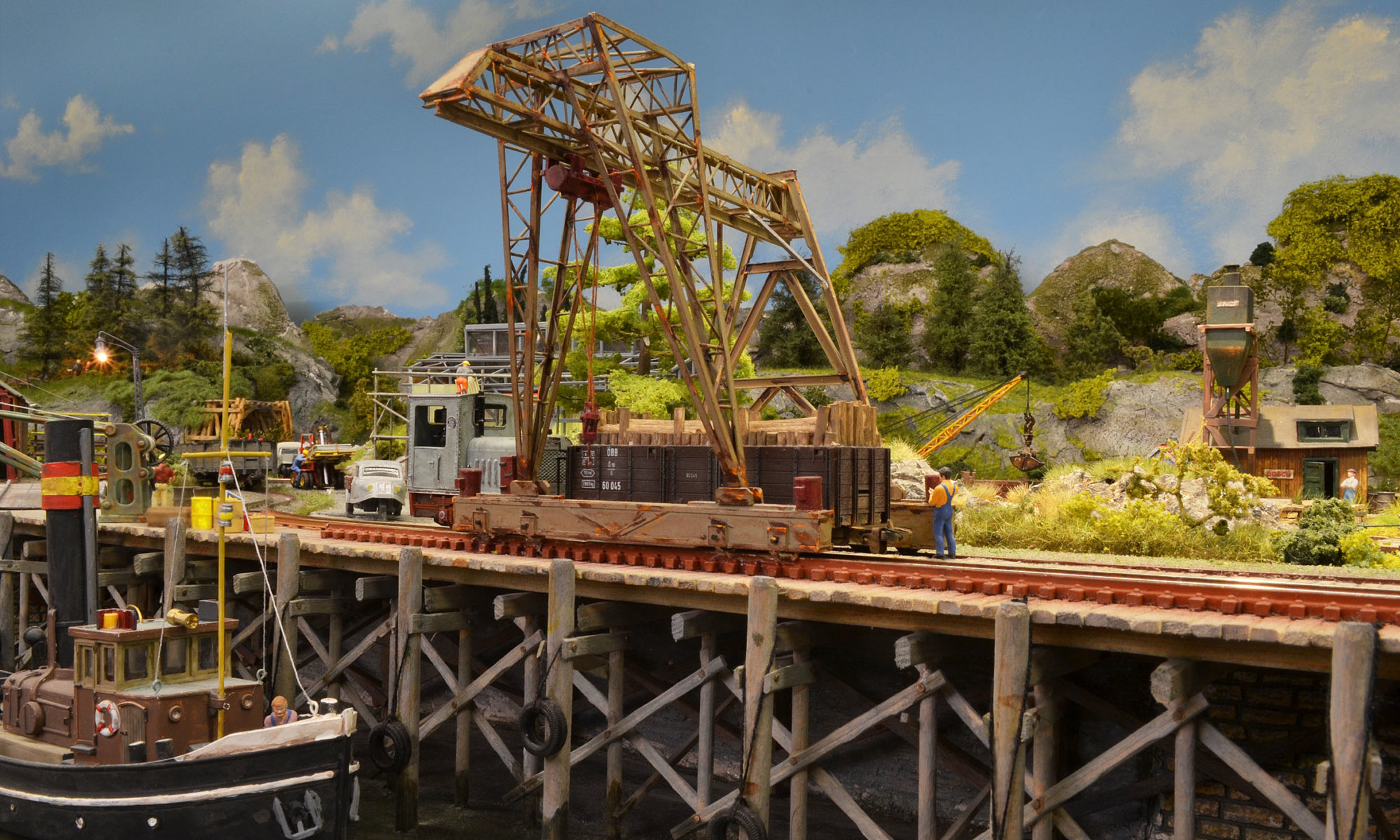 “De Niggende Saligheyd” is a fictional village where life and work are good  and where the residents are satisfied.  This model railway  is situated in a fictional landscape.

“De Niggende Saligheyd” consists of three module boxes of 120 cm x 80 cm and on the right side a module box of 60 x 80 cm with a manual turntable, on which I can turn my trains in the right direction.

Actually, this model railway  was not built for exhibitions, but an invitation for On Traxs 2014 in the railway museum in Utrecht, changed this into an exhibition layout. At my attic is about 10 years, intermittently, built at this H0e layout.

In those 10 years there I found plenty of nice items which I believed that would fit into the wholelayout.

That is why, a lot of items can be discovered in this layout.

An eye-catcher is the railway station. The original is a tram station and is located in Gorssel.

A replica was built at the Narrow Gauge Museum at the Valkenburgsemeer (ZH).

I re-created it again and placed it on my model railroad. This module layout had to have a name. I really didn’t know what to make of it. The love for the village of Eersel, the village were i live, and the region De Kempen was for me the reason to name the railway station “Irsel” (this is dialect for “Eersel”).

Why is the name of the layout then “De Niggende Saligheyd”?

Eersel is a village in the region De Kempen. there are eight villages which name ends at –sel. The arecalled the “8 zaligheden” what later on was called “Saligheden”. The name off the railway station is Irsel. So this layout is, so to say, the 9th (in dialect ‘niggende’) one: “De Niggende Saligheyd”

I would say: look and enjoy….