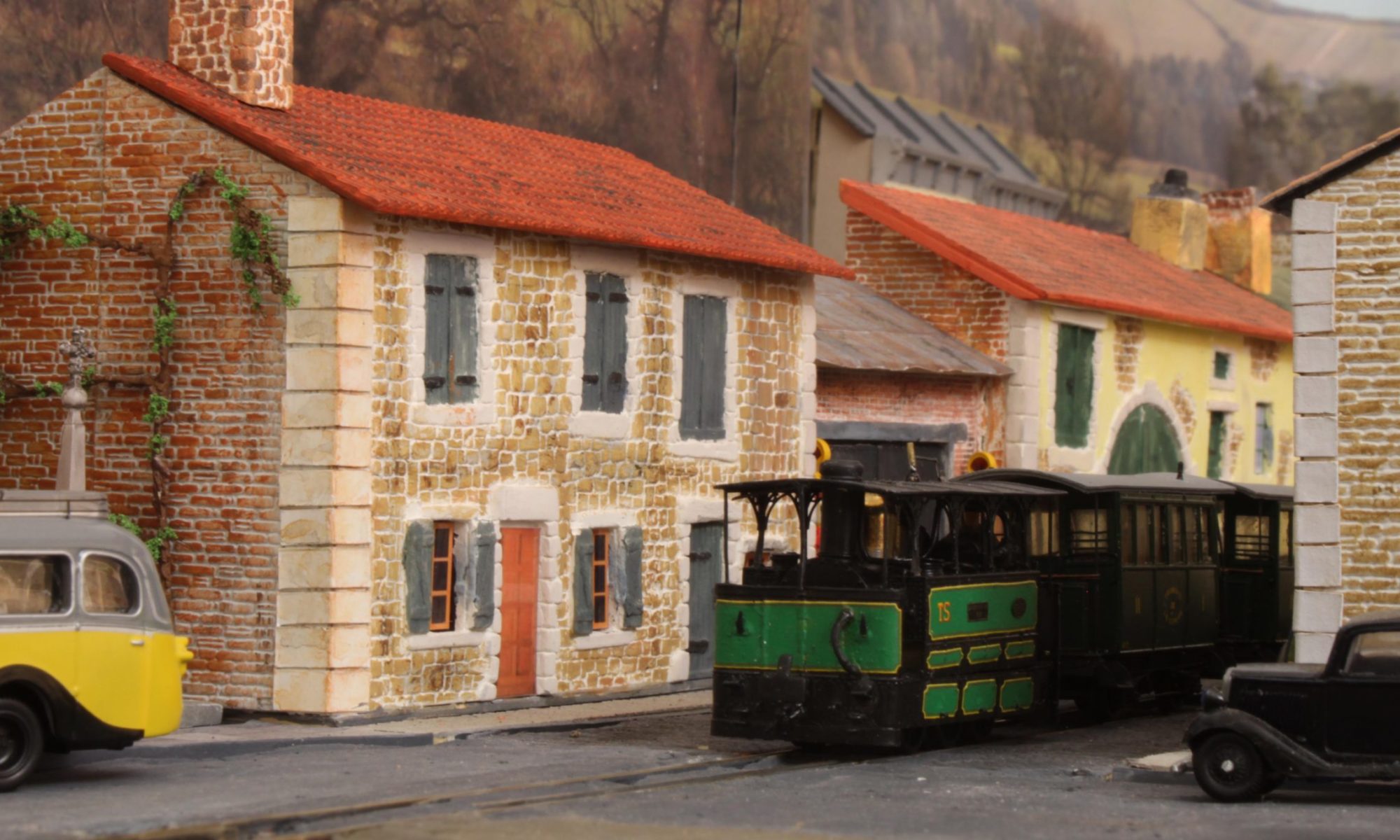 Cap Sacré is an H0m layout using as inspiration French Intérêt local metre gauge lines.  Although I’ve been interested in the narrow gauge for a long time (I’m embarrassed to say how long I’ve been a member of the NGRS) the interest started with Welch lines, went on to Austrian narrow gauge, then Cuban and, most recently French.  This started by getting a De Dion railcar body and, after motorising it, other railcars followed.  Then the interest in railcars expanded into a more general interest in French metre gauge, aided by buying some books on the subject.

Not surprisingly the best books (and most difficult to find) were in French but as I had not needed French since I was a schoolboy (again I won’t bore you with how many years ago that was!) I started evening classes.  More rolling stock, including yet more railcars, came from French makers and this forced a change of gauge – early railcars were motorised on 9mm chassis but the French makers used 12mm for metre gauge so they were re-gauged.

At this point I decided I had to build a layout to put the stock on.  I wanted to include a section of street running, often seen in France, so the layout is a station and a small village square connected by a short street section.

The layout was originally intended for exhibition but was only “finished” in the spring of 2020 so has not been seen and I’m thinking of a smaller line which would be easier to transport and would, I hope, capture the spirit of  a ligne d’intérêt local and let me show some of the various railcars and other stock.