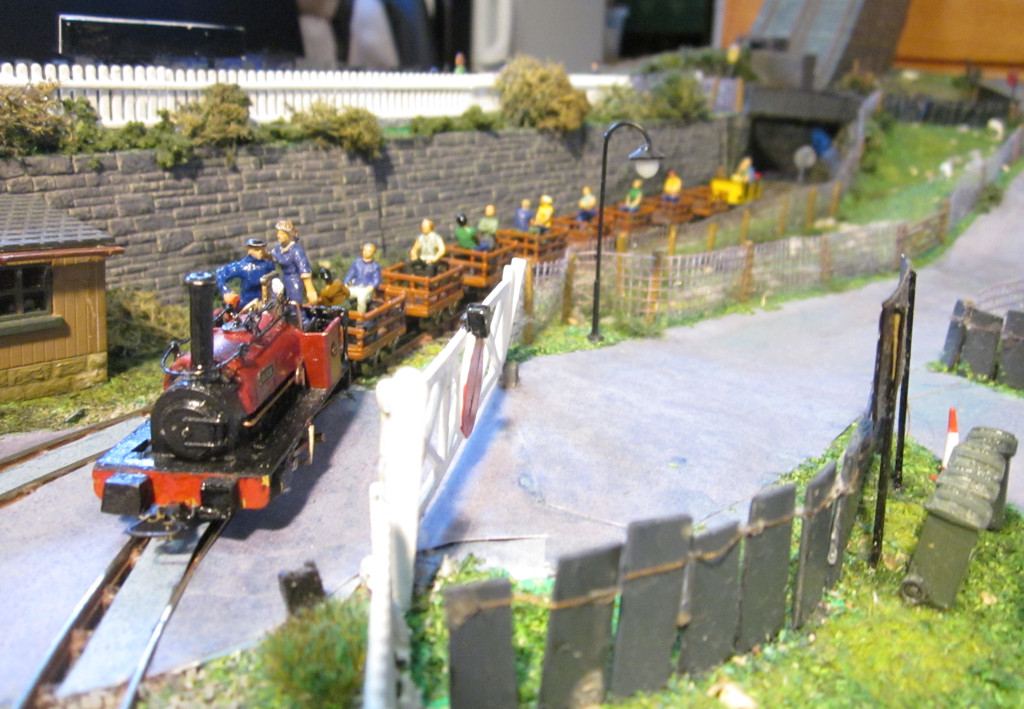 Bryn Tegid is an 009 spiral layout nominally located in the Berwyn mountains near Bala, part of the Rheillffodd Mynydd Berwyn. It represents a present day heritage railway which uses small locomotives and short trains on a steeply graded line which incorporates a deviation to avoid a recent road improvement scheme.

The layout has two stations, the upper station is the “original” station site, which was partially excavated in order to create the deviation spiral. This necessitated the construction of a new lower station which has more space for the facilities expected by 21st century customers. The upper station has been retained in a “reduced” form as temporary terminus prior to completion of the final section of the line and for easy access to the mining museum (represented by Chwarel Tegid). Located at the upper station is a model of a Dinorwig style transporter incline, similar to the restored “V1” incline in Llanberis, but with an underground drumhouse as found higher up in the main quarry.

The layout incorporates a “(not very) hidden link” which turns the central section of the spiral into a continuous circuit. The link is hidden by an engine shed both level crossings have been fully automated and will operate every time a train approaches. The layout has working street and building lights, as well as working illuminated F&WHR style ladybird signals.

Chwarel Tegid is intended to provide a representation of some aspects of slate quarry operation, it is not intended as an authentic recreation of a slate mine. The period of the layout is “indistinct”, it could either be an operating quarry nearing the end of it’s working life (approx 1950’s), or a “present day” mining museum with working exhibits demonstrating quarry operations and occasional slate extraction for the production of souvenirs.

You can find more pictures of these layouts and videos on https://www.my-place.org.uk/mymodels/

Both layouts are available for exhibitions, please contact me on