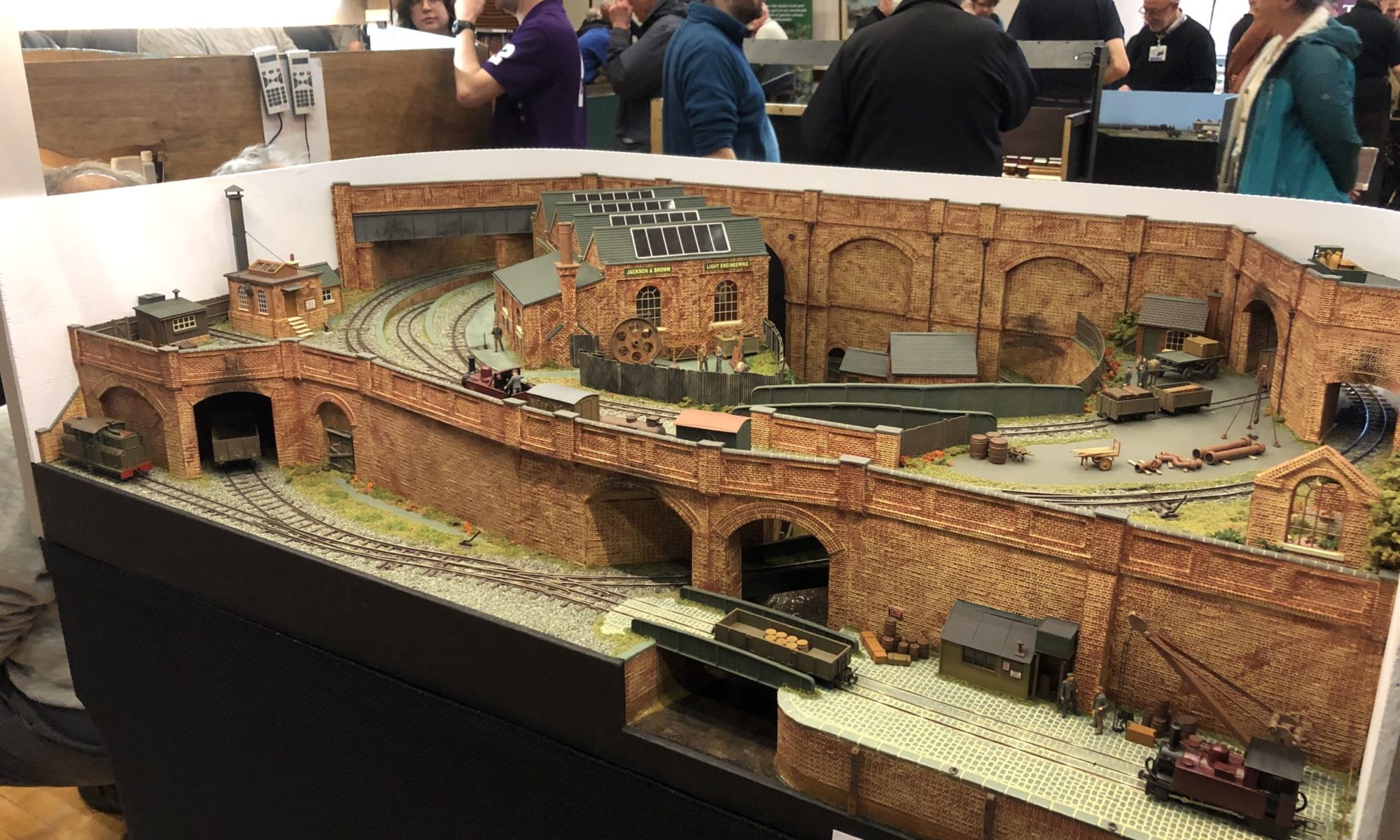 The baseboard is open plan “egg box” construction of 6mm ply, glued and pinned,topped with “Sundeala” board. The Layout measures 70cm x 90cm and is free standing on its own legs. The layout height has been deliberately set at a height of 1 metre and 30cm so that it can be viewed through the bridges.

Access is required around one side so that the Operator can view and control the low level section of the layout from the front.

This 009 Scale layout takes the form of a high level circuit with a loop and sidings off,plus a branch that runs down to a small quay where it joins a length of standard gauge track which is EM gauge. There is a small “Fiddle Yard” loop at the rear of the layout.

All the track work is hand soldered, built using “Peco” 75 code rail and copper clad sleepers, including a three-way point. The short section of dual gauge track work utilises the thinner “Peco” 80 code rail to simulate tram tracks when inset in the cobbles. The layout is wired up for analogue control with the points operated by “SEEP” point motors.

Locomotives and stock consist of kits, adapted kits and scratch built. Some of the steam locomotives were built over 40 years ago.

All the buildings, retaining walls and back scene are adapted from “Wills” and “Ratio”kits and sheets painted using “Humbrol” paints.

The layout is not based on any real location and is intended to be in my imagination a narrow gauge line in an industrial setting, with a tidal backwater inlet, consisting of old factories, tight curves and short sidings. The backwater is dirty and run down and is crossed by four bridges carrying the tracks plus three over bridges set in the back scene, hence the name. The layout was intentionally planned to be viewed from shoulder height, to give glimpses of the scenes through the bridges.

The layout is completed as such, but there is plenty of detail and finishing touches to be added.

This layout is available for exhibitions