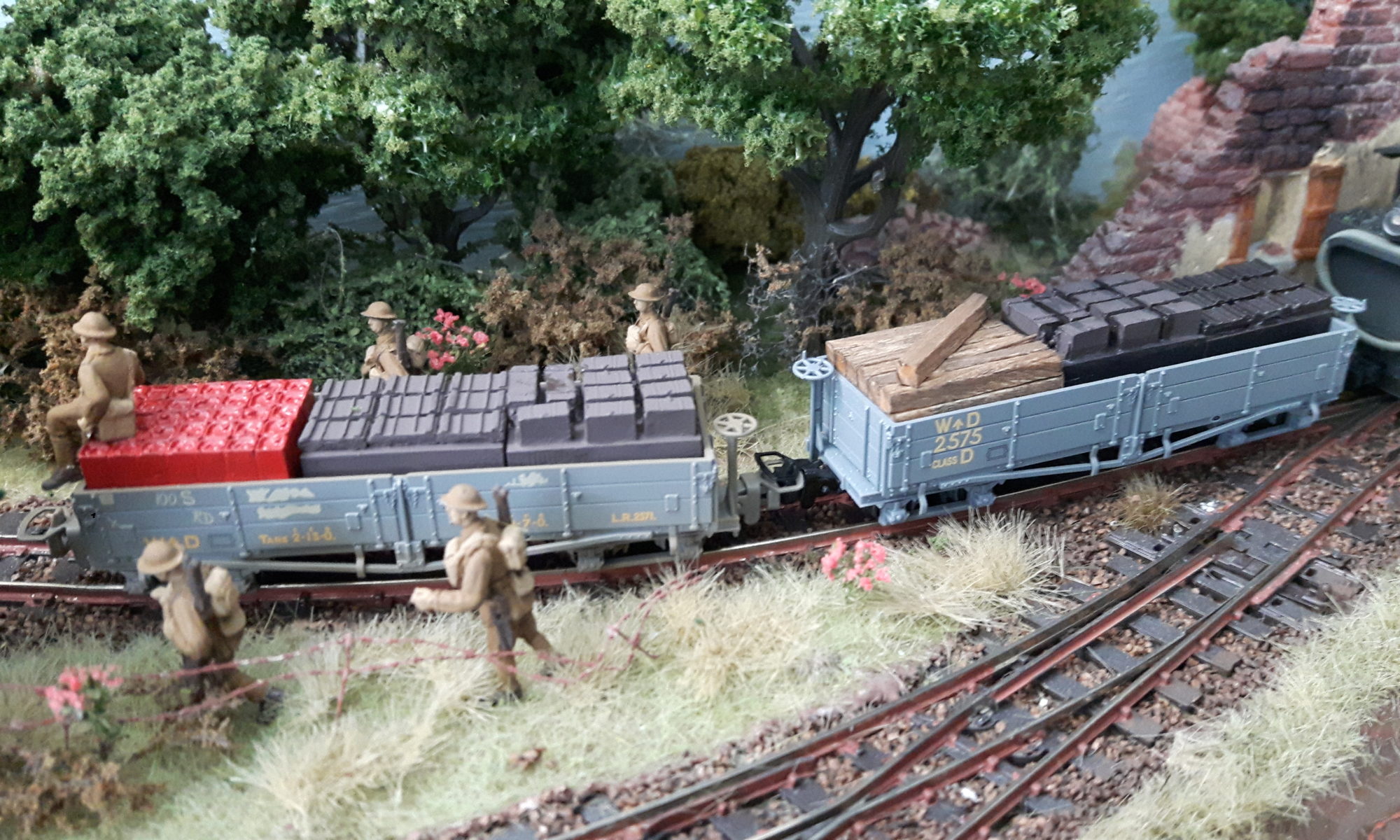 Ammobaux is a small inglenook shunting layout set around 6 miles behind the lines “somewhere in France” during the First World War built into the constraints of an old ammunition box.  The BL 8” Howitzer has been firing recently and retaliatory enemy fire has temporarily severed the track of scene to the right meaning a convoluted shunt process into the small yard.  A fiddleyard half hidden by trees represents the right hand portion of a passing loop on the main line.  The layout was born from a desire to be able to run a Bachmann Baldwin and the discovery of the ammunition box in the workshops of the Middleton Railway.  Motive power now covers the allied powers on the Western Front with French and American forces locomotives making appearances.  Locos and stock are a mixture of RTR and kit built. Track work is Peco with Gaugemaster point motors and controller.  The Nissen huts (invented in 1916 by Major Peter Norman Nissen) are altered Ratio models.  The ruined building is a resin model and the Howitzer a Roden kit.  Ammobaux was plan of the month in the December 2019 edition of Continental Modeller.